John B. Stemen fought in the United States Civil War for the Union Side. He was listed as being from Ohio.
Buried in Greenlawn Cemetery
Elida, Ohio
Allen County 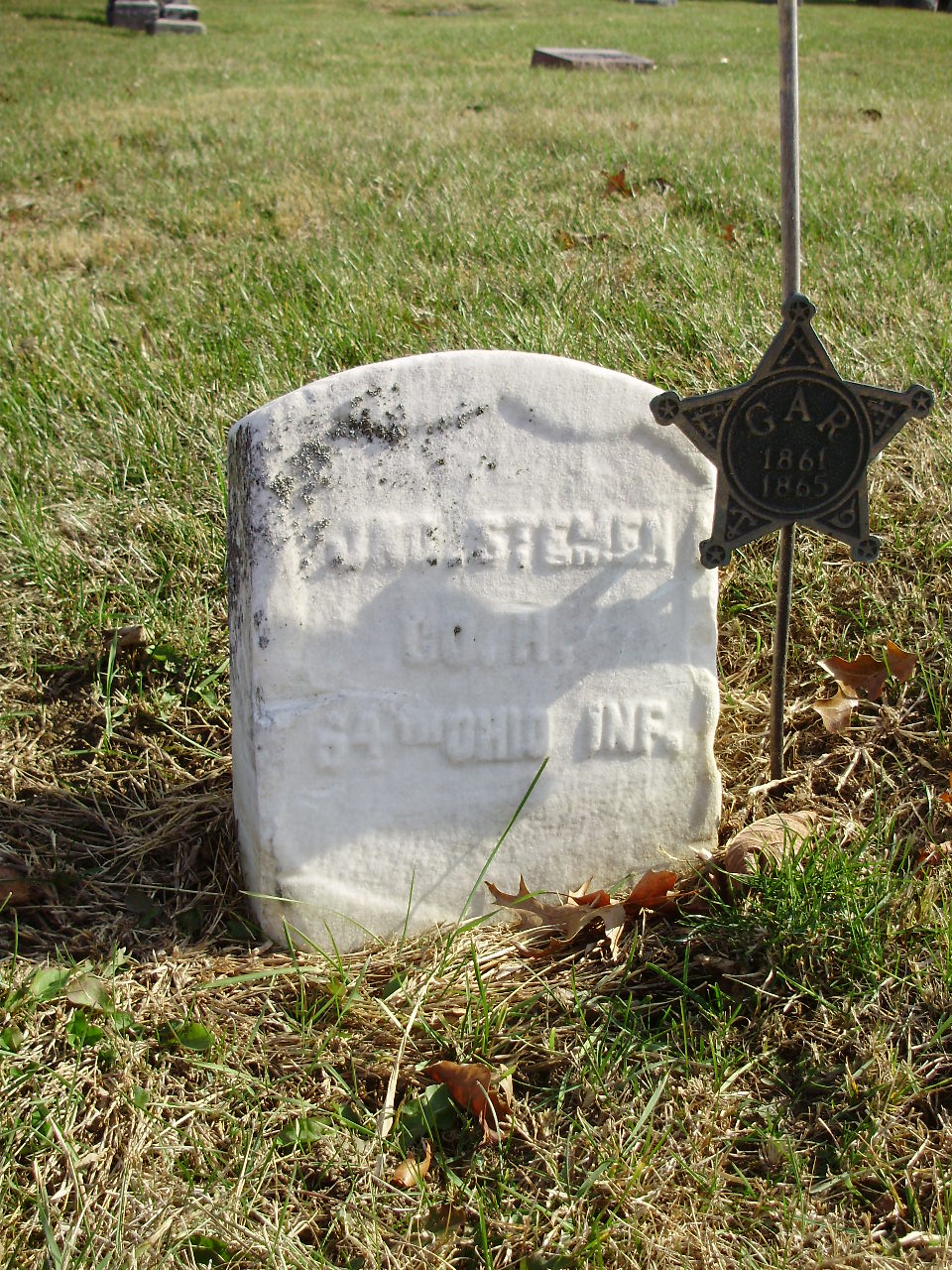 Regiment lost during service 4 Officers and 83 Enlisted men killed and mortally wounded and 3 Officers and 143 Enlisted men by disease. Total 233.
The site below has two links. One states he was in the 177th and the other says 179th Ohio Infantry.
We believe both of these entries are incorrect as we have images of his tombstone that clearly show he was in the 54th Ohio Infantry.
We have no information that suggests he served in all three.
We are providing both links (Links Open New Window)
http://civil-war-soldiers.findthebest.com/l/5350786/John-Stemen
http://civil-war-soldiers.findthebest.com/l/5350787/John-B-Stemen


This is the only information we currently have about John Steman