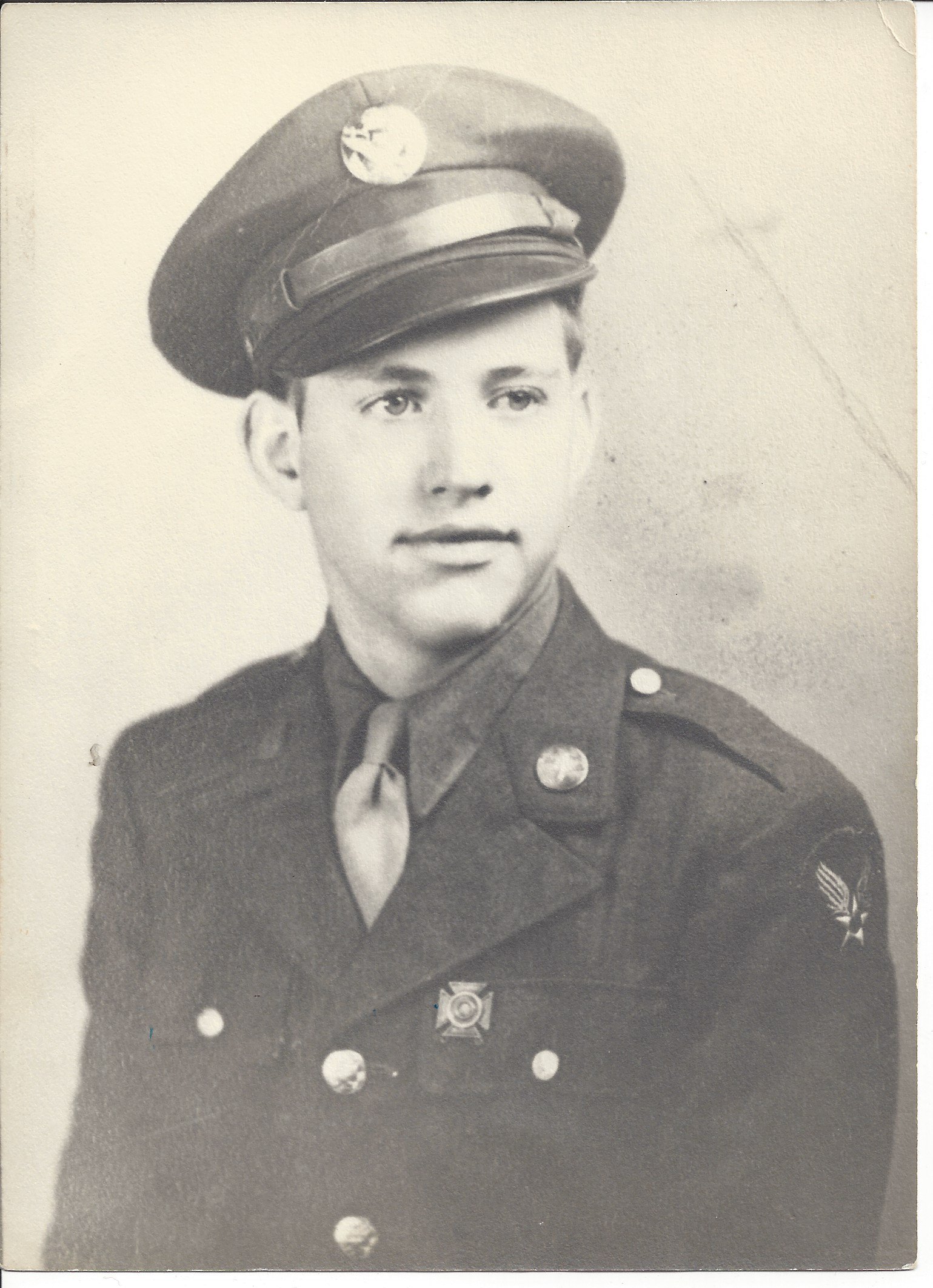 August 22, 1944  PFC William C. Winegardner was born in Lima, Ohio, on April 9, 1925, to Mr. Dockey and Vera (Shook) Winegardner, who resided at 755 Oak Street.  His Grandparents were William H. and Amanda Winegardner. Amanda's mother was a full-blooded Mohican. His father Dockey, (1896 -1978) served in the U.S. Army in WWI
William attended Lincoln elementary school and South and Shawnee high schools.  He was employed for five months by the Nickel Plate railroad.

He was a member of the American Legion Post 96 and Grace Methodist church.

He entered the service July 23, 1943, and received his training at Miami Beach, Florida, Kessler Field, Mississippi, Laredo, Texas, and Hammers Field, California. He was sent over seas in July, 1944, and assigned to the 884th AAF Bomber Squadron. He was killed on his first mission over Hungary on August 22, 1944, which was launched from an Italian air base. He was only 19 years old.

He had a brother, Lewis, and two sisters, a twin, Mrs Thomas Dewey, Brooklyn, IN, and Mrs David Leichty,  Charles St. Lima.