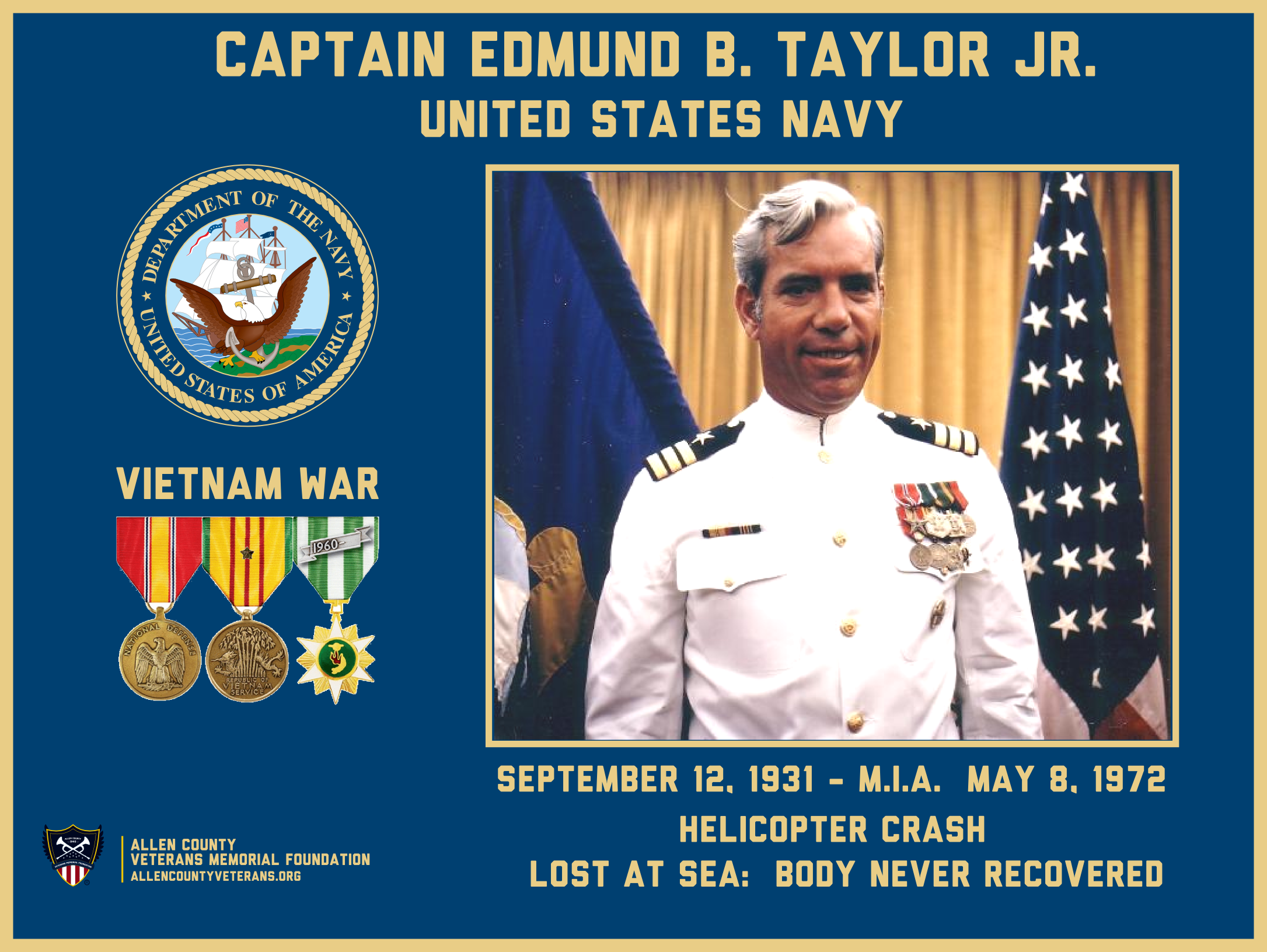 RADM Rembrandt C. Robinson was Commander Cruiser Destroyer Flotilla 11 and Commander Seventh Fleet Cruisers and Destroyers. At approximately 2245 hours on May 8, 1972, he was a passenger on a U.S. Navy SH-3G Sea King helicopter (#149699), call sign Mustang Angel Five, attempting to make a nighttime landing to the fantail of the light cruiser USS Providence (CLG-6). The Sea King suffered an engine failure, causing the copter’s right wheel to snag in the off-deck safety net. The helicopter then toppled overboard and impacted the waters of the Gulf of Tonkin. Crewmen escaped after it settled into the sea, but the admiral and two of his staff officers, CDR John M. Leaver and CAPT Edmund B. Taylor Jr., were killed in the incident. CDR Leaver and CAPT Taylor were unaccounted for and presumed trapped in the wreckage when it sank. An extensive search resulted in the recovery of the body of RADM Robinson. Five other persons aboard the aircraft were picked up safely by rescue units. A briefcase containing operational materials was the only personal item recovered. The search was conducted under ideal weather conditions, but no evidence of the two missing passengers was found. Robinson was the only admiral killed during the Vietnam War. [Taken from coffeltdatabase.org and “Navy War Role Expanded.” Navy Times, May 24, 1972]