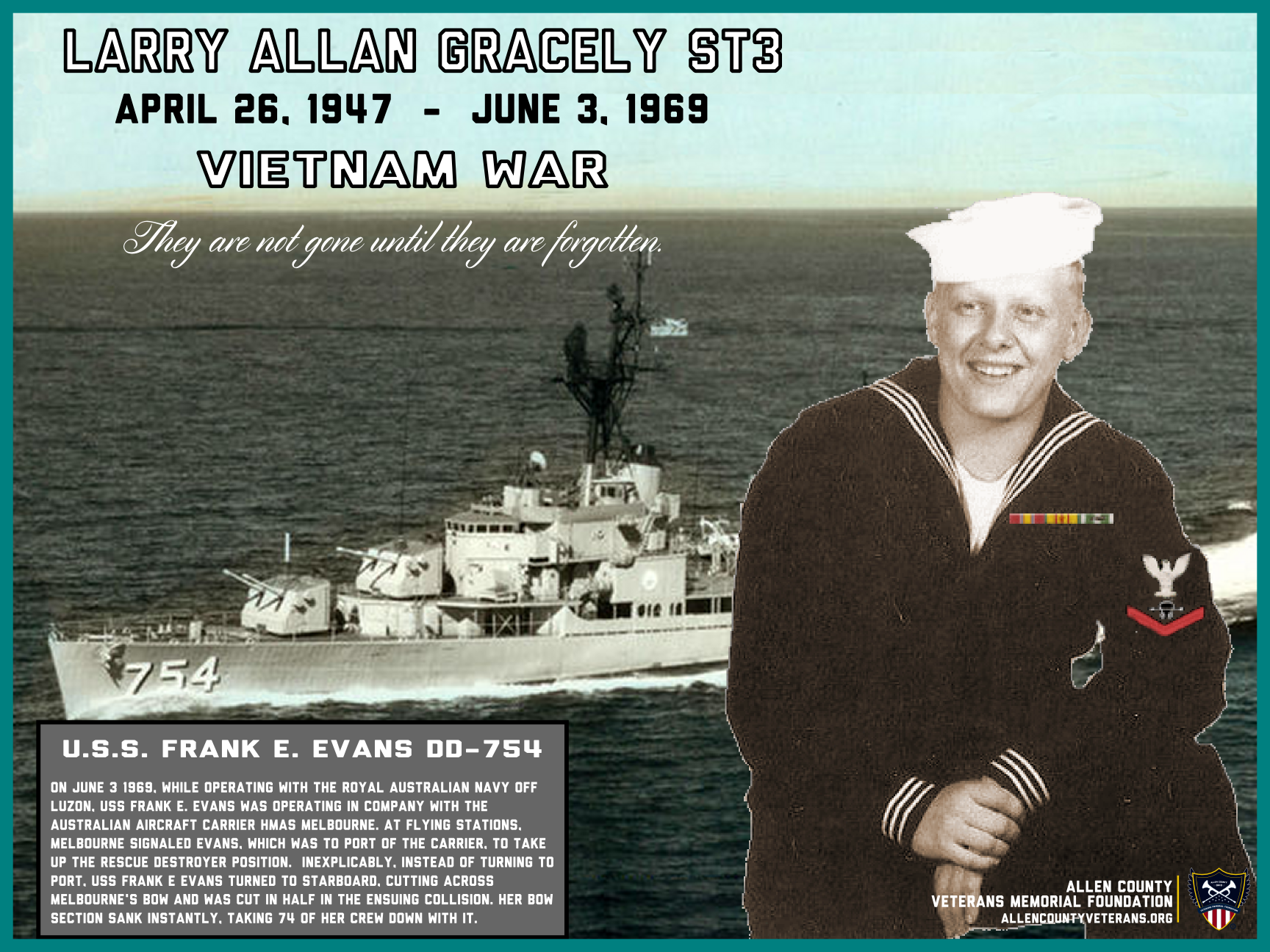 HIS NAME IS Petty Officer LARRY ALLAN GRACELY. STG3 He was a Sonarman. His name and 73 others belongs on the Wall! He served in the United States Navy in the Vietnam War aboard the Destroyer U.S.S. Frank E. Evans DD-754. He was from Lima, Ohio, he was among the 74 on the ship killed when it collided with an Australian Aircraft carrier in the South China Sea. Only

the body of one of the Sailors killed was recovered. His and 72 others were lost at sea. It was during a time when the Destroyer was temporarily out of the combat zone so the powers that be are refusing to put their names on the Vietnam Memorial Wall. Their names DO belong on that wall. Hopefully a new push to recognize these sailors sacrifice will be successful. Photos included here show the ship after the collision. You can see the the front section of the ship is gone. It sunk in just a few minutes. You can learn more about the ship here  U.S.S. Frank E. Evans Association

From "Collision At Sea" By Phil Smith and Mal Lancaster  ....  On board Melbourne the strangest scene was being played out. Captain Stevenson ordered the band onto the deck, and the beer vault was opened for the American survivors. Australian sailors recall their mates giving away the clothes from their backs. One sailor went below and brought up his entire kit, while the clothing store was opened and blankets were passed out. Eventually the survivors were lifted off and taken to USS Kearsarge. At that point, Baker heard a sound he'll never forget: "As they were about to leave our ship, they stood on the quarterdeck and gave us three cheers. We had just cut their ship in half and here they were giving us three cheers."