A Memorial In Edinburgh, Scotland to remember ..... Former serviceman, the Reverend Bill Mackie, is leading a charge.

With help from contacts in the US, he is gathering names of Scots who fought in the American Civil War with a hope they can one day be added to a memorial in Edinburgh.

The city's Scottish-American Soldiers Monument was officially unveiled in the Old Calton Cemetery in 1893 and is the only tribute of its kind outside the US.

Dr Mackie, who served with the Royal Navy and Royal Army Pay Corps and has in the past led services recalling Scots who died in the civil war, has found several other candidates for the memorial from the ranks of both armies.

He said: "Whilst not everyone could be added to such a monument, it would be good for some formal recognition of those Scots who fought in this war especially those who gave the ultimate sacrifice, irrespective of the side they fought on.

"By giving them recognition we not only remember them, we stimulate a wider knowledge of who they were and where they came from in Scotland."

From the Union forces, the suggested names include Glasgow-born John McTammany, who served in the 115th Ohio volunteers.

McTammany's ambitions to become a concert pianist were ended when he was seriously injured after enlisting in the army in 1864.

During his recovery he repaired pianos and music boxes and later, in 1876, he invented a type of automated musical instrument called a roller paper piano player.

Another Union soldier was George Henry Mackenzie, who was born 175 years ago in North Kessock, a small community across the Beauly Firth from Inverness.

Mackenzie had served in the British Army - he had been an officer with the King's Royal Rifle Corps - before he arrived in America in 1863 and enlisted.

As a captain, he led Black Union soldiers but later deserted. He rejoined the army in 1864 and fought at three battles before he was arrested and jailed for his earlier desertion.

Mackenzie was released from prison when the war ended in 1865. A keen chess player since his youth, he went on to become one of the world's best players of the 1800s and has an entry in the game's World Hall of Fame.

In 1888, he returned to his native Scotland to compete in and win a championship in Glasgow.

"Historians, collectors of chess books and anyone who writes about the history of the game will be very well aware of Mackenzie."

Meanwhile, Dr Mackie's searches have led him to some interesting characters on the Confederate side.

He said: "We have found a few rare gems including a Scots lady of wealth who left her father's plantation and went and spent the war nursing the wounded and dying.

"Her diaries are an important record of events in her part of the Country of the true events of the Civil War."

Also from Edinburgh was Col Robert A Smith, of the 10th Mississippi. The 26-year-old was wounded leading a charge at the Battle of Munfordville in 1862 and later died.

As the US prepares for another year of milestone anniversaries - including one for the landmark Battle of Gettysburg - Mr Mackie's search for names continues.

Many Americans have roots in Scotland. The founder of Allen County Veterans Memorial Foundation has ancestors from Scotland who only a few generations ago first settled in Pennsylvania. I have traced my lineage all the way back to the days of King Charles I. A small Scottish village of my namesake "Paxton" is situated in the borders region of Berwickshire on the Tweed River.

Americans  enjoy celebrating their Scottish heritage and often do so by wearing Kilts and Kilt accessories. We get most of our Hand Made in Scotland from:

If you’d like to discuss an order, or anything else, then please give us a ring, send us an email or chat to us:

We will be ading more images and detailed information about the site design in the coming weeks. There is still a lot of content to be chosen, created, determined. There are many things we are considering to reduce cost and maintenance for this site. If you are interested in being involved, have questions, suggestions, contact us here https://allencountyveterans.org/contactus 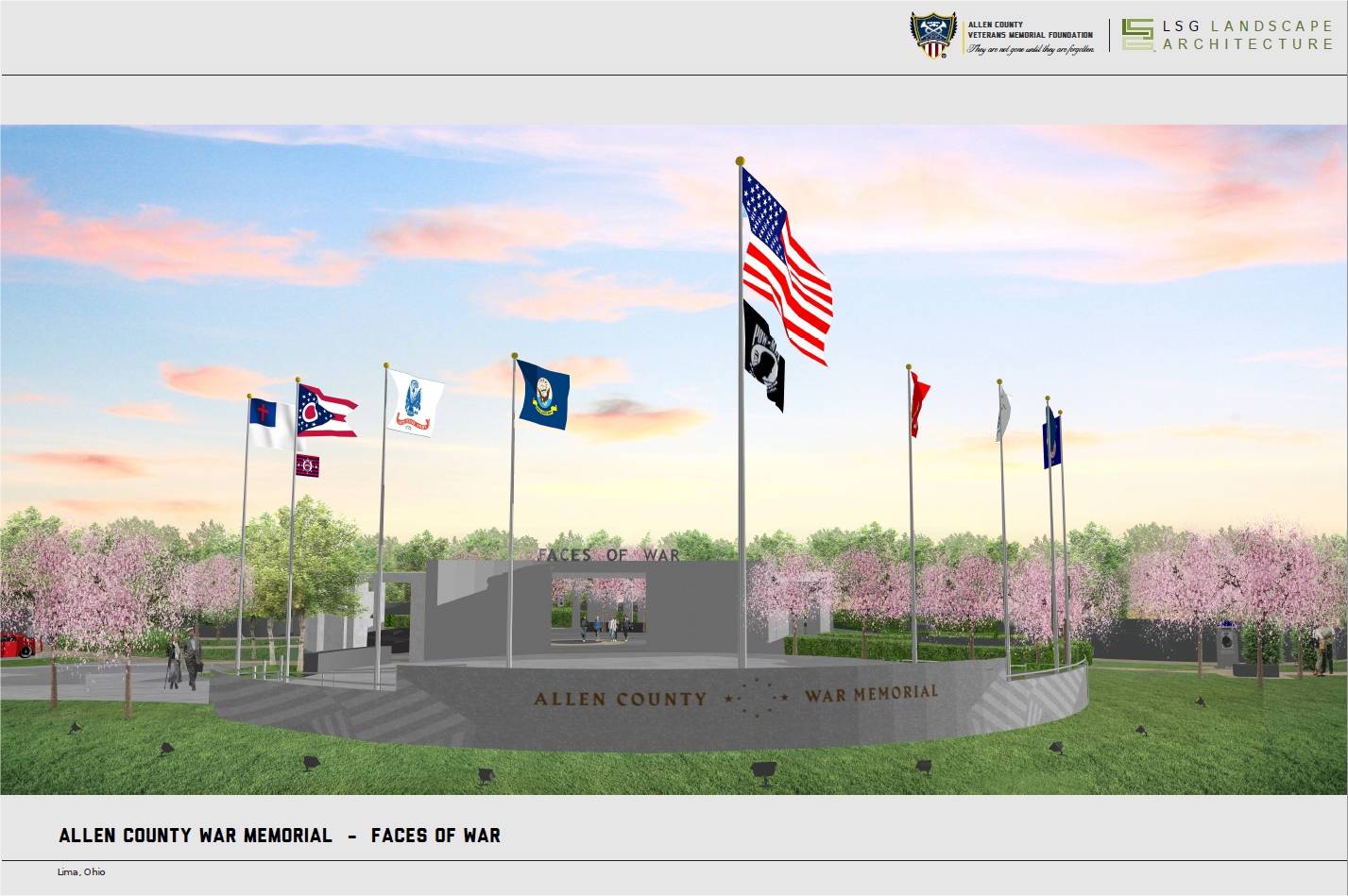 Today we grieve with the family of the loss of our dear friend: We Shall forever cherish the memory of John Schmiedebusch, one of the first board members of the Allen County Veterans Memorial Foundation and one of those who inspired me to pursue the Allen County War Memorial.

They are not gone until they are forgotten....

Because of John's early involvement with and continued support both in his efforts and financially to construct the Allen County War Memorial, and relentless efforts to honor and remember all those who lost their lives in service to our country, John will be memorialized at the memorial site. Details about what we will do will be worked out with the family.

Although the Memorial Site is to memorialize those who lost their lives in service to our country, John was an inspiration to us in our efforts, one of the first 3 board members and an early supporter so it is only fitting that we find a way at the site to memorialize his many years of dedication to be a voice for those who were left behind.

We took this photo of John right after he was diagnosed with cancer at St. Marys, Ohio. (Note his furry companion "Walker" always by him - on the lower right)

That contagious smile of his would calm the most stressed out person.We love John and will carry him in our hearts for the remainder of our lives and his legacy will continue thanks to those who are picking up his mantle to continue their work with the